A portion of the retail price of every bottle of our With Love from the Cape Collection is donated to the organization so that they can continue their good work.

Rascallion Wines has agreed to support Dignity Dreams, a NGO that provides comfort and menstrual health education to young women and girls from disadvantaged and at risk communities in South Africa and Africa

Rascallion Wines will also enable consumers to purchase a Dignity Dreams washable pads pack for R220.00 each from our website 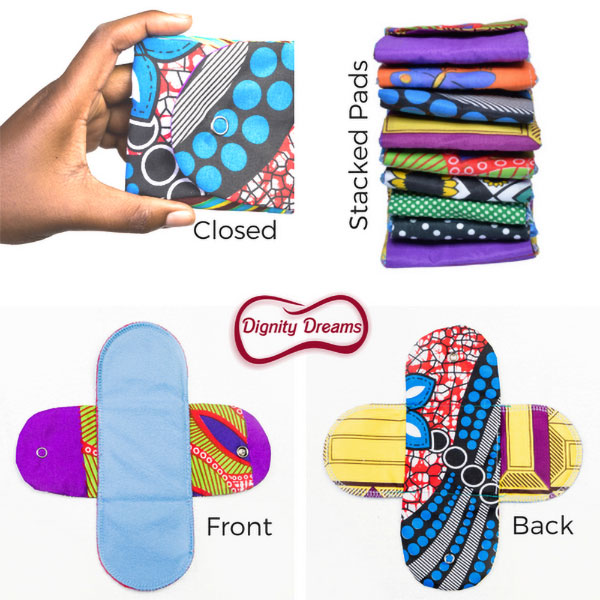 Dignity Dreams provides comfort and menstrual health education to young women and girls from disadvantaged and at risk communities.

Dignity Dreams manufactures and distributes washable sanitary wear to young girls and women ensuring that entering womanhood is a time of joy and celebration rather than a time of shame and pain.

Founded in 2013 by the late Sandra Millar, Dignity Dreams was registered as a NGO and has grown from strength to strength. Dignity Dreams current CEO Sharon Gordon has been at the helm since June 2017.

Distribution has been across 9 provinces in South Africa with a small amount in SADC and DRC.

Please note that we can only ship wine in cases of 6 bottles. We cannot at this time allow mixed cases to be shipped. Shop Now Dismiss

Are you a member of the SANDF, SAPS, a medical professional of any kind, Doctor, nurse, paramedic, ambulance driver, fireman or woman, social worker, or any other vital service provider who has helped to keep our country and people safe during the time of COVID 19 and beyond?

Are you a member of the wine industry, a farmer, wine sales representative, winemaker, winery owner, wine journalist, PR practitioner, wine farm worker, Sommelier, or Chef, who is experiencing hard times as a result of COVID 19, and tough days to come?

If so, we would like to say thank you to you by offering a 10% discount on all wine purchased either at our Cellar Door or on our Website.

All you need to do is to select your role from the list provided to claim your discount, that’s it, no strings attached.